Home Videos New webcams! – More trains than you can keep track of 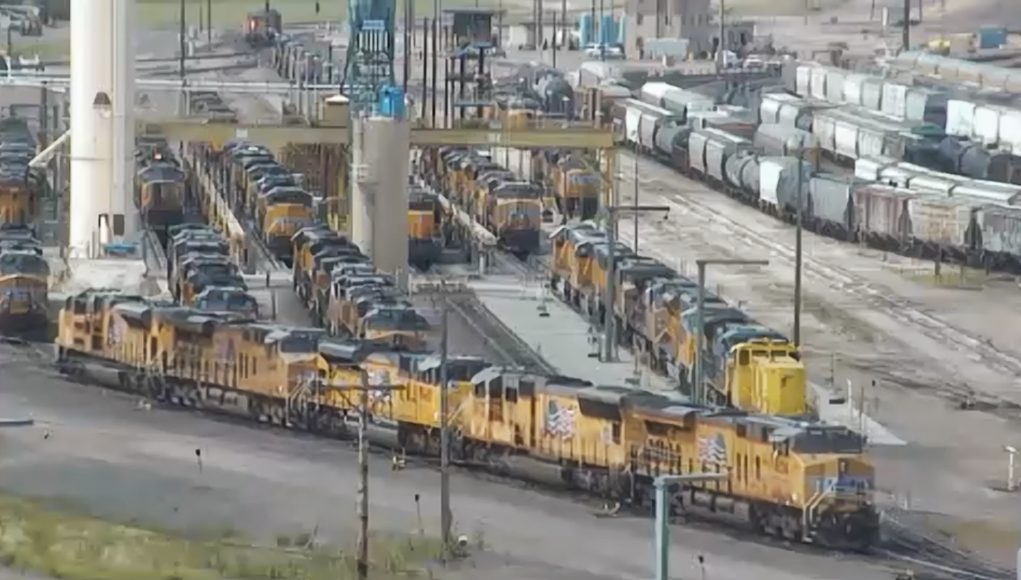 These are used to sort four cars a minute into one of the 114 “bowl” tracks, 49 tracks for the westbound trains and 65 for eastbound. The bowl tracks are used to form trains headed for destinations across North America, including the East, West and Gulf coasts of the United States, and Canadian and Mexican borders.

The yard features an in-motion wheel defect detector developed by Union Pacific that uses ultrasound technology to inspect each wheel. It is the only such detector in the world. UP has also developed a method for changing wheels in the field on empty westbound coal trains, which enables three workers to use a hydraulic jack under the couplers between two cars and exchange the trucks. This has reduced the time needed to replace trucks from up to 12 days to 8–12 minutes.

Take a look at the (new) webcam streams below.

Truly a once in a lifetime experience: The Golden Spike Tower and Visitor Center-more trains than you can keep track of!