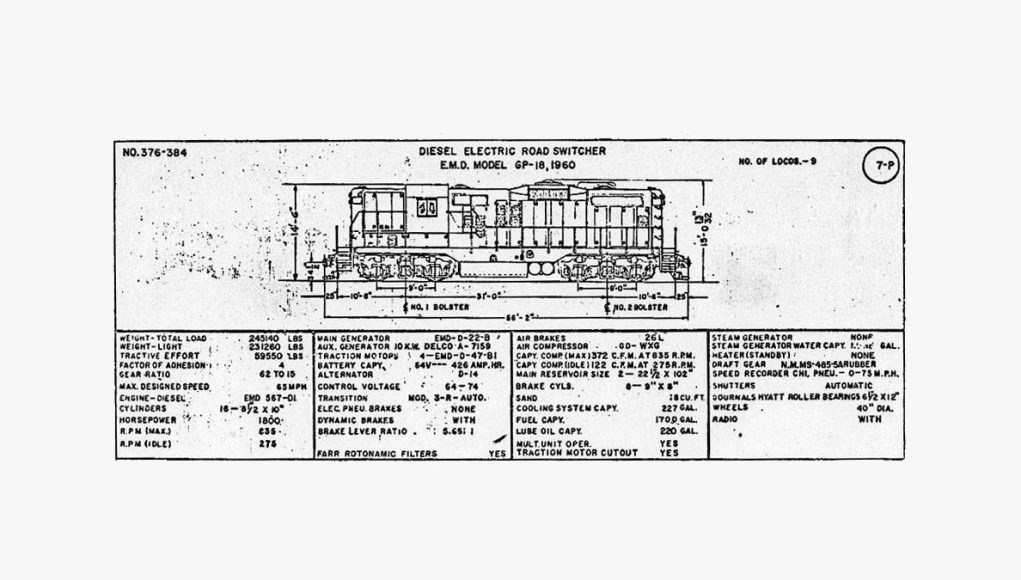 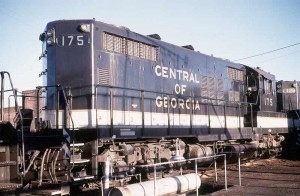 The GP18 was the third in the series of General Purpose (GP) locomotives and was produced from December of 1959 until November of 1962.

It was essentially an upgraded GP7/GP9. GP18’s and GP28’s were very similar internally, howver the GP18 was housed in a GP7/9-type body while the GP28 was in a GP35-type body.

It was the first GM-EMD model offered with a low front hood. The main external difference between a GP18 and a GP7/9 in the covering over the radiator shutters.

The GP18 had a metal grid over the shutters, whereas the earlier types had the “chicken wire” covering.

The Southern 175 was originally owned by the Central of Georgia Railway. See also the New Georgia Encyclopedia.